The Ford Mustang family has a legendary history and is populated by models with diverse personalities. This year, that history is recalled by the revival of the Mach 1 moniker, first seen on the 1969 ‘Stang. The 2021 Mustang will still come as a coupe or a convertible, and its stable of high-performance offerings will be as full as ever. It also owns a spot on our Editors’ Choice list. Whether it’s the turbocharged four-cylinder EcoBoost or the V-8-powered GT, every version of the original pony car can be armed with track weaponry to challenge its Chevy Camaro or Dodge Challenger counterparts. The Ford’s beautiful bodywork, vast personalization options, and practical interior also make it desirable to folks who care less about lap times and more about sporty everyday transportation. And that’s why the Mustang continues to be an icon: it offers something for everyone.

Where This Vehicle Ranks

For 2021, Ford has announced that it is resurrecting the Mach 1. The limited-edition model packs a 480-hp version of Ford’s 5.0-liter V-8 that pairs with a six-speed manual or a 10-speed automatic transmission. The new Mach 1’s heritage-inspired appearance includes a unique front end and black stripes on the hood and bodysides. The car also inherits aerodynamic elements, cooling upgrades, and other performance hardware from the Shelby GT350 and GT500. Those who want even wider 19-inch wheels with an exclusive design and aerodynamic pieces that further increase downforce can opt for the Mach 1’s Handling package—but it’s only available with the manual gearbox.

Pricing and Which One to Buy

We think the Mustang is best appreciated with its sonorous 5.0-liter V-8, which requires either the GT model or the new Mach 1. The latter has an additional 20 horsepower (480 total) versus the regular GT models, and it has performance equipment pulled from the Shelby GT350 and GT500 that makes it more engaging to drive. Unfortunately, this puts its starting price near $54,000, so we’d recommend the regular GT coupe. Sticking with the standard manual transmission, we’d opt for the GT Performance package that adds upgraded Brembo front brakes, a limited-slip differential, stickier summer tires, unique chassis tuning, and more.

Don’t be fooled by its cylinder count—the standard turbocharged EcoBoost four-cylinder has enough punch to embarrass V-8 Mustangs of old. Likewise, the optional High-Performance package adds a more melodic and responsive EcoBoost engine derived from the defunct Ford Focus RS. The GT models are motivated by a 460-hp V-8 with an optional active exhaust that trumpets a thunderous roar. Both of these compelling engines pair with a standard six-speed manual transmission or a 10-speed automatic that makes the Mustang quicker than before. The V-8 version is also available with a transformative package (called Performance Pack Level 2) that adds track-ready equipment courtesy of the Shelby GT350. The optional EcoBoost Handling package also delivers racetrack readiness to the four-cylinder coupe. This latest Mustang generation brought with it a much-needed independent rear suspension, which replaced the archaic solid rear axle. The switch-up improves its handling and takes its ride quality to another level. Even with the less powerful engines, the Mustang’s modernized chassis delivers a comfortable and controlled driving experience. For added sportiness, there is an optional Performance package for EcoBoost and GT models. The electrically assisted steering is appropriately light in Comfort mode and nicely weighted in the other two. The Mustang’s brake pedal has a firm feel that we felt to be touchy in stop-and-go traffic, but it’s easier to apply smoothly at higher speeds. 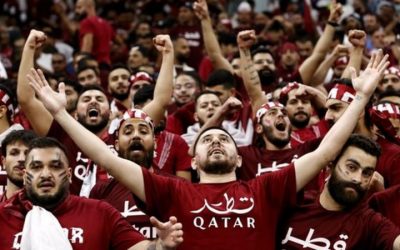