It’s not your imagination. California, like the rest of the nation, is paying more at the pump.

The average price for a gallon of regular unleaded gasoline is $4.54 in California, which is about $1.16 higher than the national average, according to data from AAA.

But one bold station along the Big Sur coast was charging $7.59 a gallon for regular unleaded this week and nearly $8.50 for premium.

The Gorda by the Sea Mini Mart, situated along a remote stretch of Highway 1 in Monterey County, warns: “Next gas 40 miles north, 12 miles south.”

Though the sticker shock at Gorda’s pumps has garnered national attention, experts say those prices are an anomaly.

Still, prices have been continually increasing across the state. On Friday, the average price of a gallon of self-serve regular gasoline in Los Angeles County rose for the 11th consecutive day, the largest week-to-week increase since March.

And prices in Southern California are the highest they’ve been in the last decade. In Los Angeles and Orange counties, motorists are paying roughly $19 more to fill up a standard 14-gallon tank than they did a year ago.

“Typically, we start to see prices go down after Labor Day because people have wrapped up their summer road trips,” AAA spokesman Doug Shupe said. “But this year is different.”

A jump in crude oil costs, which account for slightly more than half of the pump price, has contributed to soaring gasoline prices.

For much of 2020 — a year marred by the COVID-19 pandemic, stay-at-home orders and restricted travel — crude prices tanked. Last October, a barrel of crude cost just under $35, according to the Energy Information Administration. A year later, crude oil futures are closer to $85 — an increase of more than 140%.

“Demand is back. It’s been a tough couple of years with the pandemic,” Shupe said. “Now, with the increased vaccinations, more people want to get out there to share the open roads with friends and family.”

Californians have always shelled out more for gas than in other parts of the U.S. because of higher taxes and environmental fees. Since 1996, cleaner-burning gasoline has cost more — but the trade-off has been cleaner skies, Borenstein said.

“Forty years ago, you couldn’t see the mountains in Los Angeles,” he said. “Now you can.”

There’s also a “mysterious gasoline surcharge” that Borenstein says appeared in 2015 that is unclear to the average consumer and even experts like himself. The high prices have been so disconcerting that Gov. Gavin Newsom asked the California Energy Commission for an analysis in 2019, suggesting “inappropriate industry practices” were driving up per-gallon costs, rather than the state’s surcharges.

Experts say there should be some relief in the coming weeks when service stations in California switch over to their winter blends, which are cheaper to produce. By November, prices could drop about 12 cents, but Shupe said higher butane and crude oil costs will probably make the decrease less significant than in previous years.

Griping about gas prices is understandable — and universal. But Borenstein said he has another way of looking at the numbers: “In some ways, what we’re seeing reflects some good news: The economy is coming back.”

Which is more expensive: charging an electric vehicle or fueling a car with gas? 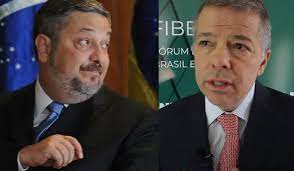 Share This
Sem categoriaPain at the pump: California gas prices are sky high, with one town charging almost $8 a gallon